From All London Airports (LON)(Prices Starting From)

From London Heathrow (LHR)(Prices Starting From)

From London Gatwick (LGW)(Prices Starting From)

From Manchester (MAN)(Prices Starting From)

From Birmingham Airport (BHX)(Prices Starting From)

From Edinburgh Airport (EDI)(Prices Starting From)

From Glasgow Airport (GLA)(Prices Starting From)

Get To Know About Delhi

New Delhi is the capital of India and is regarded as the heart of the nation. Delhi is a city where ancient and modern blend seamlessly together. The capital city is divided into two sections popularly known as Purani Dilli or old Delhi or Nayi Dilli or New Delhi. You can go from old Delhi, where laborers haul sacks of spices and jewelers weigh gold on dusty scales, to modern New Delhi, with its colonial-era parliament buildings and penchant for high tea.

Terminal 1, is used by low-cost carriers such as GoAir, IndiGo and Spice Jet, and is divided in Terminal 1-C, used for domestic arrivals, and Terminal 1-D, used for departures, it can handle 15 million passengers annually.

Terminal 2, it has been redesigned to temporary host the low-cost carriers of Terminal 1. Once Terminal 1 will reopen, it will be demolished to build the new Terminal 4.

Terminal 3 is the newest terminal, it was opened in 2010 and is one of the biggest terminals in the world, being able to handle 40 million passengers per year.

The city is popular for its enriched culture and heritage. The city hosts some famous historical monuments and is developing with the passing of time. Delhi is also famous for its local food and shopping.

Delhi has been, since historical times, remained a favoured destination for shoppers. From traditional bazaars to modern-day swanky malls, Delhi has everything to offer to a customer. You can go to Connaught Place, including Janpath and Palika Bazaar, Chandni Chowk, Karol Bagh, Sarojini Nagar, Khan Market and many more The historical monuments that you shouldn’t miss are Mehrauli Archaeological Park, Humayun’s tomb, Red Fort, Jama Masjid, Hazrat Nizam-ud-din Dargah, Qutub Minar Complex, Akshardham Temple, Gurdwara Bangla Sahib and much more.

Taj Mahal, Agra
Although not in Delhi but it’s a must visit. It’s approximately 4 hrs drive from Delhi.
An immense mausoleum of white marble, built in Agra between 1631 and 1648 by order of the Mughal emperor Shah Jahan in memory of his favourite wife, the Taj Mahal is the jewel of Muslim art in India and one of the universally admired masterpieces of the world's heritage.

Best Times to Travel To Delhi

Weather of Delhi is very unique because in summer it will become too hot, during winter it will be too cold and during monsoon it has amazing rainfall.

October to March is the best time to visit New Delhi.

The autumns in Delhi prove to be a fantastic time to visit since the temperatures are mildly cold and weather is pleasant.

Delhi is an absolute delight in the winter season. Delhi's proximity to the Himalayas makes it a very beautiful place to visit during this time of the year. 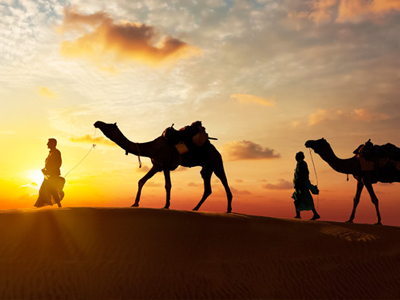 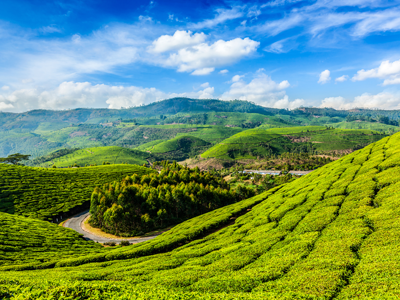 Exploring Kerala is, in itself, a never ending journey. Because, 'God's Own Country' has plenty to offer to a tourist. Beautiful backwaters... 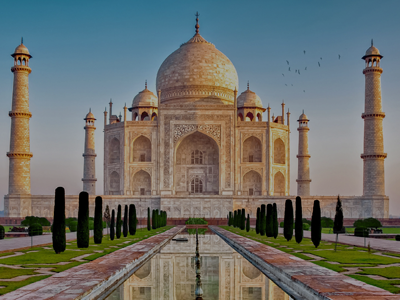 The golden triangle tour is a quintessential introduction to the rich culture, tradition and history of India, especially for the first...

What people saying about us!

One of the best travel experiences I have ever had! The entire travel plan was completely meticulous and hassle free. Special thanks to Ashley who planned the complete trip end to end and was available at even odd hours when needed. Travel experiences ought be pleasant memories that remain etched in the heart and mind until eternity and the team at White Magic ensures that they put their best forward to make this a reality.

The service was impeccable. The agent Nathan was very patient with me since I had lots of doubts. So far, I am very pleased with the service and just referred my friend as well. Brilliant service.

Very efficient attention to our flight requirement. Nathan did his very best to find a very good and price competitive solution and succeeded. Phoned back as promised through the booking process. Well done.

We have more deals in store!

That's correct. Talk to our experts to find additional deals on regional departures, different travel dates as well as get a quote on the airline or hotel of your choice.